It has been a few decades since a proposal was made at the 1992 Earth Summit in Rio de Janeiro to establish World Oceans Day. In 2008, the United Nations General Assembly decided to designate June 8 as World Oceans Day. This date was adopted to celebrate the oceans around the world, but also to raise awareness of the dangers that threaten them, especially since these waters cover over 70% of our planet. The theme for 2021 is “The Ocean: Life and Livelihood” — to achieve Sustainable Development Goal 14 by 2030: “Conserve and sustainably use the oceans, seas and marine resources”[1].

We want to take this opportunity to talk about the Oceans Protection Plan (OPP). First, it is important to stress that Canada has the longest coastline in the world, and water is one of our most important resources[2]. It all started in 2016 when the Prime Minister released $1.5 billion for the protection of our coasts and waterways. Transport Canada decided to divide this plan into four parts: 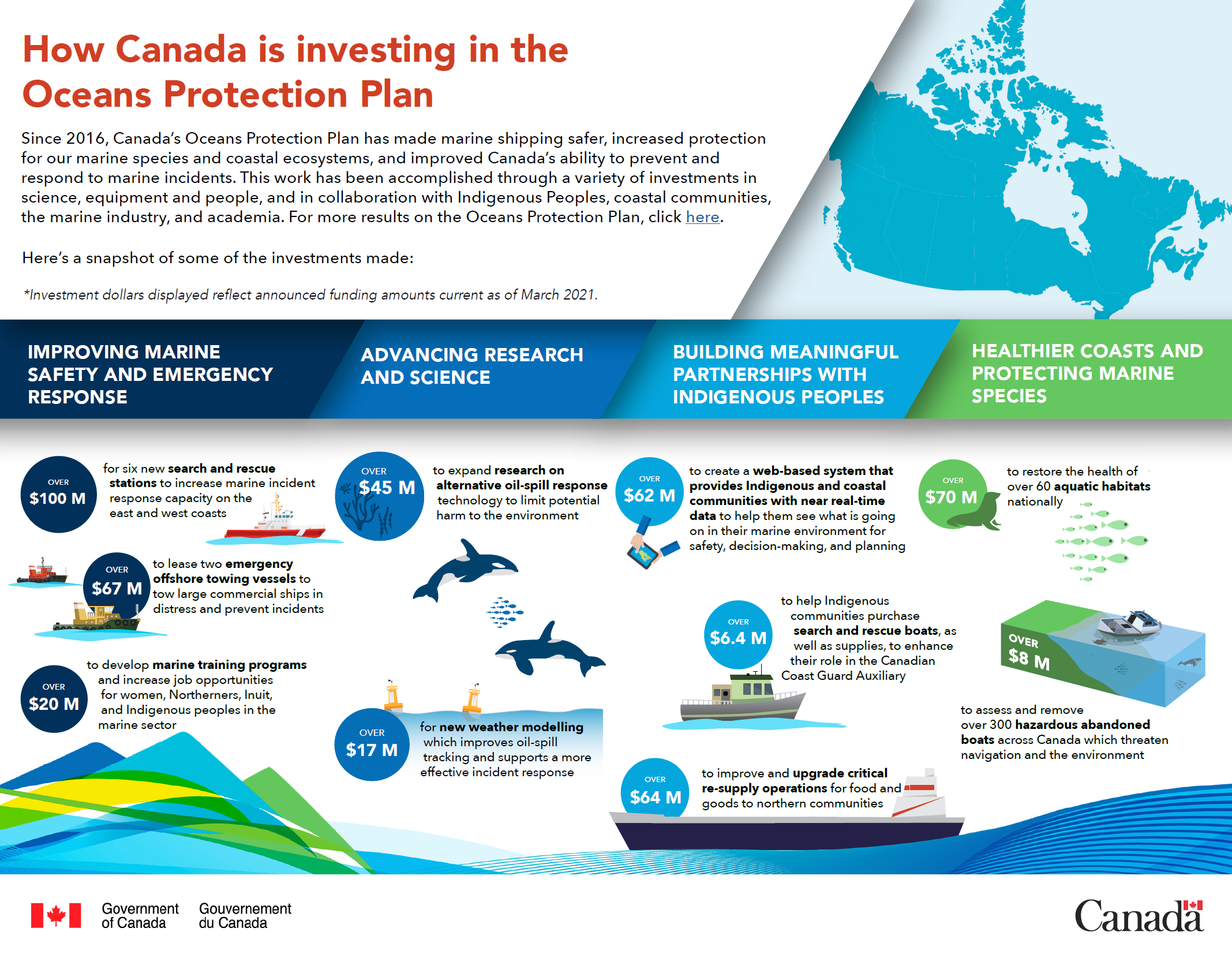 This plan has indeed significantly improved marine safety across Canada. In recent years, 50 measures have been proposed to change the way things are done on Canada’s waterways, some already having been implemented. Many of our members at Transport Canada, Natural Resources and the Canadian Coast Guard have played an important role in the implementation of these measures.

In addition to this being National Aboriginal History Month, this plan works with Aboriginal communities to provide specialized training.

An online “Let’s Talk Transportation” platform has been developed to open a dialogue with all Canadian communities and to allow them to provide input. The “Let’s Talk Ocean Protection Plan” section has been launched to give you a voice. You can sign up to be part of it.

The Oceans Protection Plan is the largest investment ever made by the Government of Canada to protect Canada’s coasts and waterways[4]. It promotes Canadian economic growth. An interactive map has been put online to show Canadians what initiatives are underway. It will be refreshed monthly.

In short, UCTE wants to take the time to highlight the importance of the work of its members who play a major role in keeping Canada’s coasts and waterways safe.